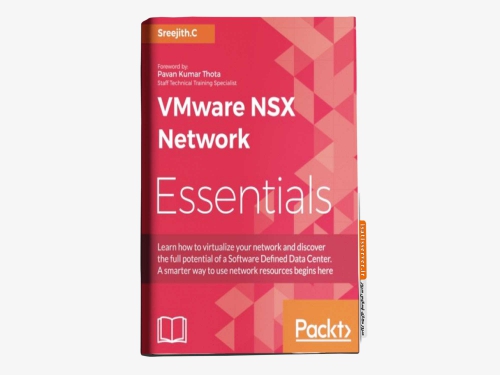 Over the past few decades, we witnessed how virtualization changed the landscape of a modern data center. It revolutionized how an under-utilized server hardware could be effectively utilized and in turn secure the ROI for businesses. In fact, virtualization is the first step towards helping organizations realize the goal of Software-Defined Data Center (SDDC). Now it's time for networks to go through the similar drift and step into new world of SDDC, with the advent of Network Virtualization(NV) and Software-Defined Networking (SDN). Although network virtualization and SDN appear to be the same from an end output perspective, there are subtle nuances between the key functions they both offer to traditional networks. While network virtualization provides a way to create an abstraction layer on the underlying physical layer to create networks, SDN concentrates on consolidating the control plane for these networks. VMware NSX leverages both the network virtualization and SDN concepts to provide a feature-rich networking and security platform for its customers. NSX is a big leap towards achieving VMware's vision of SDDC.

With NSX for vSphere in place, customers can seamlessly extend virtualization to network and security services and also bundle them with automation capabilities. There has been a lot spoken and written lately about VMware NSX in the networking industry over the past few years. If we take a step back and look at where all this started, we quickly come across a company called Nicira, which arguably introduced the SDN concept to the industry back in the 2000s. In 2012 when VMware acquired Nicira, a new transformation started for virtual networks which enabled them to offer networking and security functionality that is typically handled in hardware directly in hypervisors. In short, NSX successfully enabled customers to abstract, reproduce, and automate the traditional network and security services in software. I don't want to spill the beans just yet in this foreword. I would let you explore all the awesomeness of NSX by yourself in the upcoming chapters of this book. This book provides you good foundations on Network Virtualization and SDN along with how NSX uses them both to provide network services to SDDC. You will be shown the detailed step-by-step instructions to install and configure NSX. In addition, you will also be learning how to leverage NSX to implement logical switching, routing (both static and dynamic), edge services gateway, distributed firewall, VPN configurations, data security, and so on.

Hope you are going to like it, and happy learning!